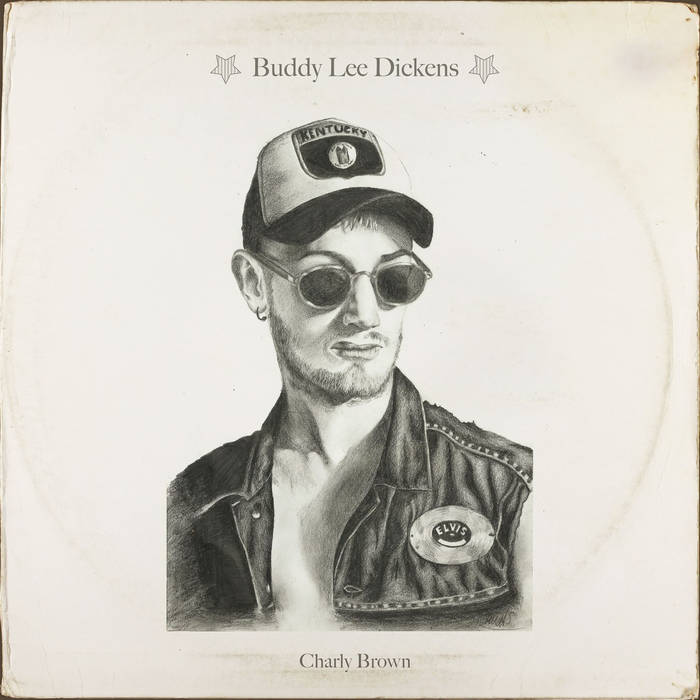 After years of performing live across the UK, the atomic alt-folk cowpunk Buddy Lee Dickens releases his debut album ‘Charly Brown’ on Love Love Records.
Consisting of 10 home-made demos which were written and produced by Buddy between 2006 to 2013 on a 4-track cassette recorder, with additional engineering and mastering from Robin Harwood at the Engine Installation.

Charly Brown is an acid-stained hell-ride into americana spanning an array of subjects from drinking, smoking, hard drugs, violence, religion, colonialism, love, lust and murder.
Buddy Lee effortlessly juxtaposes playful pop melodies with dark and almost cartoon-like themes, displaying an impressive vocal range and a simple, honest guitar style.
The album walks the line between comedy and melancholia, through well structured grainy recordings that have more than pinch of schizophrenic humour. The blackest country yet from the man who is also dressed in black.

All songs written and produced by Buddy Lee Dickens.
Additional engineering and mastering by Robin Harwood at the Engine Installation.
Artwork by Miki Mottrum.
Art direction by Henry Lynn.

outré black metal, with a Victory Over the Sun interview and music from Liturgy and Jute Gyte.